Thermoelectric materials can convert temperature differences to voltage differences, and a research team at the University of Utah has applied this principle to kitchen utensils, allowing you to charge mobile phones and other devices while boiling water. To achieve this, the research team apparently cannot use conventional toxic thermoelectric materials (such as cadmium, telluride, mercury, etc.). To make this technology into every household, cost and efficiency must be taken into account (not so expensive and relatively efficient). Fortunately, they have overcome this problem and brought new types of non-toxic thermoelectric materials that are cost-effective and affordable. 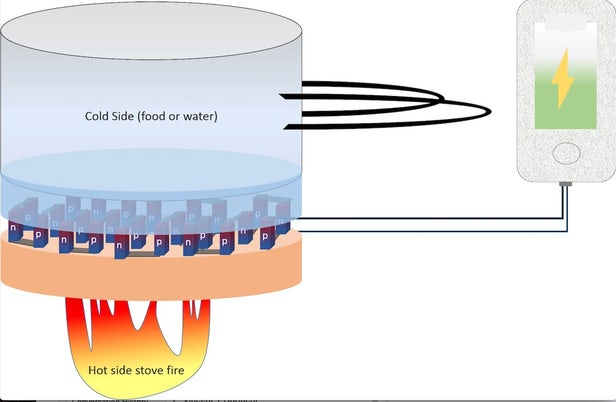 Thermoelectric working material diagram: The temperature difference between the end of the heating by the fire and the cold end of the upper layer can charge the mobile phone.

Ashutosh Tiwari, the projectâ€™s lead researcher, said: â€œThe toxic chemicals are not involved here. The efficiency is very high and it is suitable for popularization in daily use.â€

As for the application prospects of this new type of material, the team imagined many possibilities, such as implantable medical monitors that use the temperature difference between the body and the outside world to generate electricity, cars and aircraft (using the temperature difference between inside and outside), and bedding that can charge the mobile phone ( Useful for developing countries.) 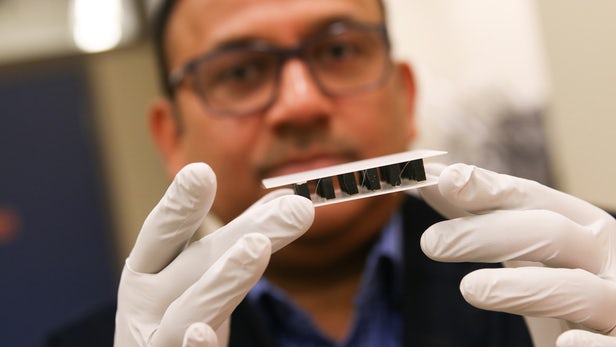 Ashutosh Tiwari's hand is a sample of the team's non-toxic thermoelectric material.

Of course, this technology can also be applied to power plants or other factory facilities to recover the part of heat that is easily lost by traditional power generation methods and convert it into electricity. The paper was written by Shrikant Saini: â€œAt power plants, about 60% of energy is wasted.â€

The team stated that this technology is expected to be used first in the field of automotive and biosensors. Details of this study have been published in the recently published "Scientific Reports" journal.

Network Camera Another name including: